Is team really a predisposition to get the expected job done? It depends on your expectations.

When I heard from PHD Sari Van Poelje at my first workshop within the education for Team coach that a work group is often enough to get the job done efectively, I thought, how many managers would feel better just knowing that and having a permition to feel just ok leading an eficient service, not necesarily a team?

Certain regulated systems, especially corporations, create a culture where individual contribution is rewarded, not the team one. Entire reward systems are most often set to monitor reaching individual goals and KPIs of individuals, not taking into consideration interdependencies within the system. If we move one step further, some jobs are such that they imply individual work and results. In all of these circumstances it is better to be an organized work group with clearly distinct roles and tasks of each individual, than a pseudo team (J. Katzenbach,  D. Smith) where there is no devotion nor focus either on team or individual achievements precisely because of this confusion where team achievements are propagated, but individual ones are rewarded.

Each group in its development can be transformed into a team and each team can remove the obstacles in their performance in order to become a highly productive team. This transformation is most easily started and achieved through a group or team coaching.

I was once a facilitator at a team building of a sales team where during the opening speach their director said „It is important to achieve our team goals for this year, but it is equally important that each one of us makes it to the finish line.“ A lot was said in this one sentence and the criteria was set for the team as a whole to be succesful.

This team has a challenging year ahead and they gathered to set their goals and arrange ways to achieve them. These are not goals of the leader or individual team members; these are their mutual goals. More than that, the criteria has been set by which the team will be successful if each member makes it to the finish line. A team where members support each other and rely on one another builds a synergy in which more is achieved than by individual or group work. It would be easier for the leader to set the tasks according to the responsibility of each member, however, this team obviously strives to achieve more than the set criteria. When it is necessary to achieve more than an average result, then a team is needed.

As long as it is expected that the system should function by the set rules, when the market and business are stable, it is enough to have the employees working in work groups where everyone is responsible for their own results.

What happens when the circumstances change? In case there are challenges in the organization’s performance, such as abrupt changes in the environment like the pandemia caused by the virus Covid 19, a team gets a purpose, i.e. vision, a challenging task and the employees and the leader often gather spontaneously, supporting each other. In such circumstances we encounter the situation where companies have a strong need for a team. According to E. Bern (The Structure and Dynamics of Organizations and Groups,1963) in situations where there is an external pressure, the forces within the organization are directed towards the defence from danger, where team members are directed towrads the external challenge. Although challenging, the current situation is indeed building circumstances where teams and team capacities are growing. On the other hand, the need for highly productive teams is growing and teams are going to need support in this transforamtion. Team coaching  is the method of choice for team development. 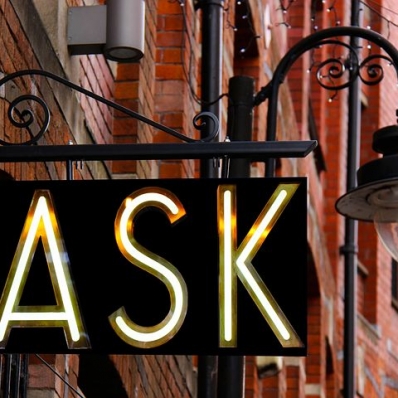 This website uses cookies to improve your experience while you navigate through the website. Those which are categorized as necessary are stored on your browser as they are essential for the working of basic functionalities of the website. We also use third-party that help us analyze and understand how you use this website. These will be stored in your browser only with your consent. You also have the option to opt-out of those one. But opting out of some of these may have an effect on your browsing experience.
Necessary Always Enabled
Necessary cookies are absolutely essential for the website to function properly. This category only includes those that ensures basic functionalities and security features of the website and do not store any personal information.
Non-necessary
Any cookies that may not be particularly necessary for the website to function and is used specifically to collect user personal data via analytics, ads, other embedded contents are termed as non-necessary. It is mandatory to procure user consent prior to running these on your website.
SAVE & ACCEPT